February 12, 2020
How Prayer Can Change a Man’s Heart
Sharon Jaynes

Note from Sharon: I know that devotions on marriage are difficult for many who are not married and perhaps would like to be. That’s why we usually keep the marriage devotions that minister to thousands of women in the month of February. Whether you are married or single, please join us at GiG in praying for marriages all around the world.

“For though we live in the world, we do not wage war as the world does. The weapons we fight with are not the weapons of the world. On the contrary, they have divine power to demolish strongholds.” 2 Corinthians 10:3-4 (NIV)

Allan was a tough man. Raised by a single mom with five siblings, he learned how to scrap his way through life and climb to the top of humanity’s heap through sheer determination and grit. He married at nineteen, had his first son at twenty, then a baby girl at twenty-five. Over the next two decades he advanced from driving a delivery truck at a lumberyard to becoming part owner of a building supply company.

Allan drank heavily, fought with his wife verbally and physically, and terrorized his children emotionally. He gambled, dabbled in pornography, and had questionable relationships laced with a host of unsavory vices. But when his teenage daughter gave her life to Jesus and began praying for her family, God grabbed the chisel of grace and began chipping away at Allan’s proud heart of stone. One day he told her, “I’ll go to church with you from time to time, but I could never become a Christian. I’ve done too many horrible things in my life. God could never forgive me. I could never be good enough.”

His daughter explained that no one could ever be good enough. If we could, then Jesus wouldn’t have had to die on the cross to pay for our sins. But Allan couldn’t wrap his mind around that kind of grace.

When Allan was forty-six years old, his life took several hairpin troublesome turns. Because of a business deal gone terribly wrong, he was sued for breach of contract and breaking a no compete clause with a former employer.

Allan teetered on the brink of a nervous breakdown. From man’s perspective, it appeared he was on the verge of losing it all. From God’s perspective, Allan was right where he needed to be.

One day, in a surge of panic, Allan drove from North Carolina to Pennsylvania to try and find his wife at a meeting she was attending. When he couldn’t find her, he stopped by a church and asked for prayer. The church receptionist drew Allan a map on a piece of scrap paper and sent him to find a pastor out in the woods building his new church.

Allan followed the map and found a man with a hammer in his hand and Jesus in his heart. He poured out his heart and told the pastor everything he had ever done in his raucous life. Then the man put his arm around Allan and said, “Now, let me tell you what I’ve done.”

The way Allan later explained what happened that day was this: “That man had done everything I had done. I knew that if God could forgive him and he could be a pastor, then He could forgive me too.”

Allan accepted Jesus as his Lord and Savior that day in the woods of Pennsylvania, and became one of the sweetest men I’ve ever known.

Allan was my dad.

From my earliest years as a Christian, I experienced the power of prayer to change a man’s life—to strengthen a man’s resolve, to protect a man’s heart, and to mature a man’s faith. My firsthand encounter with God’s faithfulness to hear our pleas for the men in our lives began with my father and continues with my husband and son.

As a wife, you have the power to open the floodgates of heaven through prayer on your husband’s behalf. (If you aren’t married, keep reading. There’s an assignment for you too.) Whether your husband hasn’t yet decided to follow Christ, has a lukewarm fledgling faith, or lives a fiery firm faith, there is no one more qualified to pray for his relationship with Christ than you. No matter where your husband is on the continuum of faithlessness to faithfulness, I encourage you to pray with “the assurance of things hoped for, the conviction of things not see” (Hebrews 11:1, NASB).

In my book, Praying for Your Husband from Head to Toe, I show wives how to cover their husband’s in Scriptural prayer from top to bottom. If you’re not married, you can use this same pattern for praying for the important men in your life. Today, let’s pray for the mid-section.

His Shoulders – No matter what my husband goes through today, assure him that nothing is too hard for You. Empower him to cut the cords of worry with the saber of praise and to place his burdens on Your able shoulders. Genesis 18:14; Deuteronomy 31:8; Psalm 9:10.

His Heart – Place a hedge of protection around his heart to keep corruption out and purity in. Proverbs 4:23; Proverbs 17:20; Proverbs 17:22.

His Back – Protect him in the physical and spiritual realms. Keep him from the devil’s schemes that would attempt to trap him or trip him up. Thank you that no weapon formed against him will stand. John 10:10; 2 Corinthians 2:11; Ephesians 6:10-18.

His Arms – Help my husband be strong and courageous in Your mighty power. Bolster his courage when he is afraid and reassure him when he doubts. Deuteronomy 31:6; Joshua 1:9; Isaiah 30:15.

His Hands – Bless the work of my husband’s hands. Reward his efforts and bring him success. Deuteronomy 33;11; Deuteronomy 28:12-13.

Ponder this verse today-- James 5:16 “The prayer of a righteous person is powerful and effective.”

What is your most pressing prayer for your marriage or the man in your life?

Leave a comment with your prayer request and then pray for the woman’s name under yours. You don’t need to share a lot of details. God’s got them all!

More From the Girlfriends 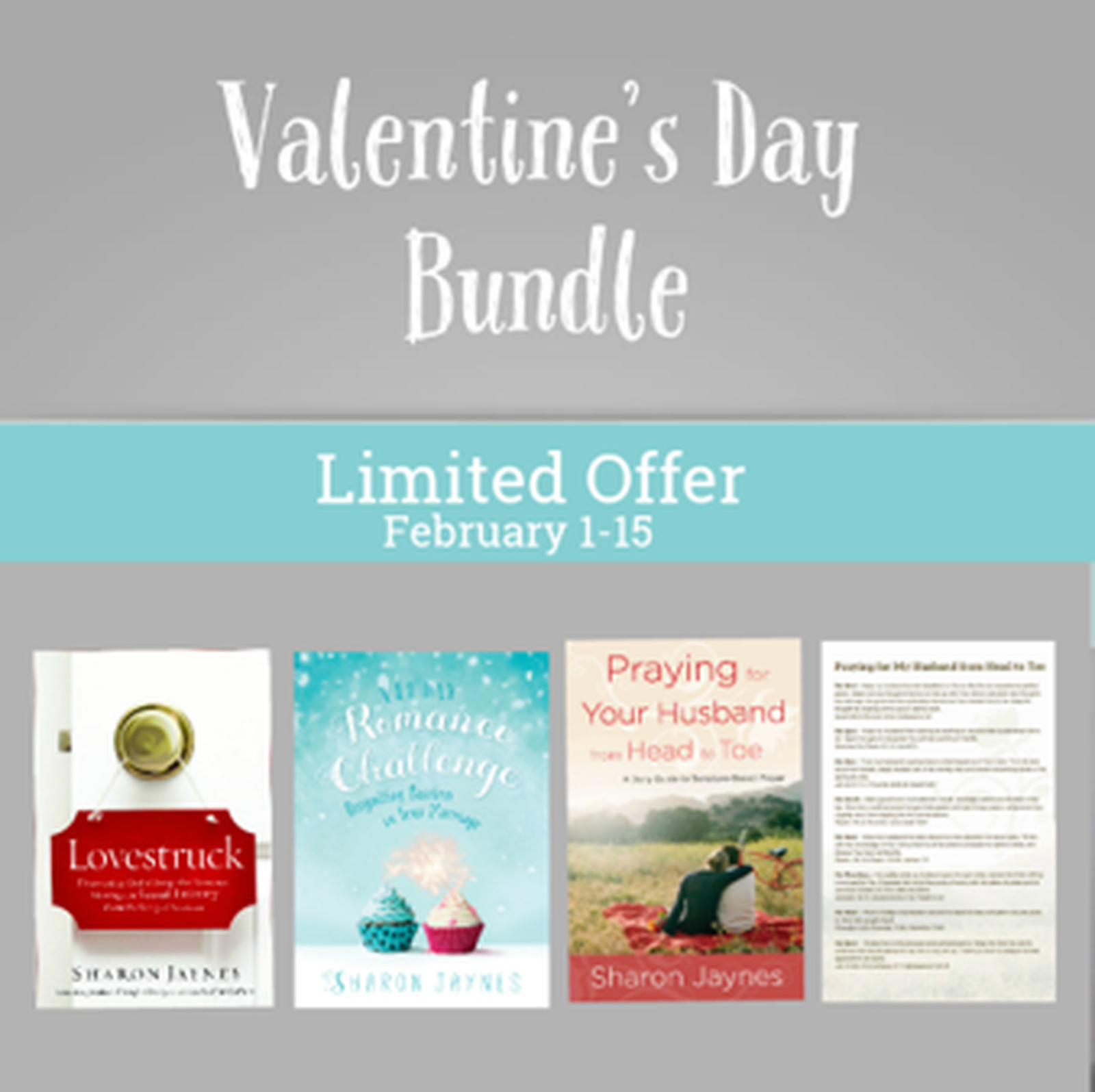 Do you want to learn more about how to pray Scripturally and Powerfully for your husband? Praying for Your Husband from Head to Toe will show you how! Also, I’m offering a Valentine’s Day Marriage Bundle with discounts on some of my favorite books. Let’s make 2020 a year to strengthen our marriages and pray for our men.

This content first appeared on Crosswalk.com and is used here with permission. To view the original visit: https://www.crosswalk.com/devotionals/girlfriends/girlfriends-in-god-february-12-2020.html

What Easter Is Really About - Easter Devotional - April 7

The world looks at Christians 'celebrating death' on Good Friday, and they can't figure it out.