Who Was Mother Teresa?

Mother Teresa was a humanitarian born in 1910 who devoted her life to displaying God’s love to the less fortunate. Her heart ached with compassion for the orphans, the poor, the marginalized, and the sick—an ache that drove her to commit her entire life to this type of work. The passionate drive she had to be a vessel ofGod’s love is the reason her legacy remains even decades after her death that occurred in 1997.

Mother Teresa was born as Agnes Gonxha Bojaxhiu and was raised in Skopje, North Macedonia, where she was part of the Roman Catholic Church. She knew from an early age that she wanted to surrender to God’scalling for her life. At the age of 18, she joined the Sisters of Loreto in Ireland, where she received training, and a year later she officially became a nun in India. It is during this time that she became known as Mother Teresa.

Her missionary journey had just begun. Mother Teresa taught at St. Mary’s High School for several years, but soon her heart for those in poverty compelled her to devote her life to humanitarian work—a mission that at times left her poor and starving herself.

In 1950, Mother Teresa established Missionaries of Charity, a religious congregation formed within the Catholic Church. This organization provided aid for the most vulnerable and disadvantage in society, those whom society often looks down upon.

Mother Teresa’s selfless dedication to charity work has been recognized across the world. In 1971, she was awarded the Pope John XXIII Peace Prize, and in 1979 she received the Nobel Peace Prize. However, Mother Teresa chose not to attend the traditional ceremonial banquet and instead requested that the funds be donated to the poor in India. Six years later, she was recognized by President Ronald Reagan when he awarded her with the Presidential Medal of Freedom.

Years after Mother Teresa’s death, in 2016, she was beatified by the Roman Catholic Church and became Saint Teresa.

What Did Mother Teresa Do?

Mother Teresa’s mission to care for the poor and destitute still serves as a blessing for people to this day. The organization that she established, Missionaries of Charity, has grown to thousands of members, and their charity work continues across over one hundred countries. This wouldn’t have been the case had Mother Teresa not modeled this selfless sacrifice of love throughout her lifetime. It was through this organization that she applied James 1:27, which says, “Religion that God our Father accepts as pure and faultless is this: to look after orphans and widows in their distress and to keep oneself from being polluted by the world.” Mother Teresa firmly believed that she must remain obedient to Christ by finishing the work He begun on earth—to love God and to love others.

At first, there were only a few who supported Mother Teresa’s work, and her efforts often resulted in low income and no food. But even after her work received recognition and praise, Mother Teresa maintained a spirit of humility. She worked with different branches of The Missionaries of Charity across the globe, sending relief to those affected by natural disasters, leprosy, famine, epidemics, and wars. In fact, throughout the 50s and 60s, she opened orphanages, leper houses, and even a home for the dying, which allowed those who were dying to receive special care and attention. By 1986, 517 missions had been established in over 100 countries because of her work.

Mother Teresa abandoned her very life to this call, even going so far as to risk death. This was evident when, in 1982, she traveled through a war zone during Lebanon War to rescue 37 children. She did not allow even the decline of her health to keep her from participating in this charity work across the globe. In fact, she continued to stay active in this ministry until her final illness brought limitations, and she passed at the age of 87 in 1997.

What is it that kept Mother Teresa active in this mission work? Perhaps it was her Christ-like tendency to see past people’s appearance or social status and instead look at their hearts. Her work did not merely meet the physical needs of the disadvantaged; rather, she met their spiritual and emotional needs as well, claiming that people were often more desperate for love than they were for food. In doing this, she raised the bar for what it looks like to deny ourselves, take up our cross, and follow Christ—even if we sacrifice our own fleshly desires and needs in the process (see Matthew 16:24).

Let us allow both Mother Teresa’s ministry and life to serve as a model as we, too, abandon our lives to this selfless calling of the Gospel.

“A life not lived for others is not a life.” Mother Teresa

“Do you want to do something beautiful for God? There is a person who needs you. This is your chance.” Mother Teresa

“Spread love everywhere you go. Let no one ever come to you without leaving happier.” Mother Teresa

“We ourselves feel that what we are doing is just a drop in the ocean. But the ocean would be less because of that missing drop.” Mother Teresa

“Each one of them is Jesus in disguise.” Mother Teresa

“Do not worry about why problems exist in the world – just respond to people’s needs.” Mother Teresa

“Not all of us can do great things. But we can do small things with great love.” Mother Teresa

“Spread love everywhere you go; first of all in your house. Give love to your children, to your wife or husband, to a next-door neighbor. Let no one ever come to you without leaving better and happier.” Mother Teresa

“Being unwanted, unloved, uncared for, forgotten by everybody, I think that is a much greater hunger, a much greater poverty than the person who has nothing to eat.” Mother Teresa

“Any country that accepts abortion is not teaching its people to love but to use violence to get what they want.”Mother Teresa

“Let us more and more insist on raising funds of love, of kindness, of understanding, of peace. Money will come if we seek first the Kingdom of God – the rest will be given.” Mother Teresa

“There is a light in this world, a healing spirit more powerful than any darkness we may encounter.” Mother Teresa

“If you want a love message to be heard, it has got to be sent out. To keep a lamp burning, we have to keep putting oil in it.” Mother Teresa

“Never be so busy as not to think of others.” Mother Teresa

“If you can’t feed a hundred people, then feed just one.” Mother Teresa

“One of the greatest diseases is to be nobody to anybody.” Mother Teresa

“We shall never know all the good that a simple smile can do.” Mother Teresa

“Our life of poverty is as necessary as the work itself. Only in heaven will we see how much we owe to the poor for helping us to love God better because of them.” Mother Teresa

“Every time you smile at someone, it is an action of love, a gift to that person, a beautiful thing.” Mother Teresa

“The most terrible poverty is loneliness, and the feeling of being unloved.” Mother Teresa

“I am nothing; I am but an instrument, a tiny pencil in the hands of the Lord with which He writes what he likes. However imperfect we are, he writes beautifully.” Mother Teresa

“Go out into the world today and love the people you meet. Let your presence light new light in the hearts of people.” Mother Teresa

“Let us touch the dying, the poor, the lonely and the unwanted according to the graces we have received and let us not be ashamed or slow to do the humble work.” Mother Teresa

“If you judge people, you have no time to love them.” Mother Teresa
“Love cannot remain by itself – it has no meaning. Love has to be put into action, and that action is service.” Mother Teresa

“The more you have, the more you are occupied, the less you give. But the less you have the more free you are. Poverty for us is a freedom. It is not mortification, a penance. It is joyful freedom. There is no television here, no this, no that. But we are perfectly happy.” Mother Teresa

“Even the rich are hungry for love, for being cared for, for being wanted, for having someone to call their own.” Mother Teresa

“What can you do to promote world peace? Go home and love your family.” Mother Teresa

“People are generally irrational, unreasonable and selfish. They deserve to be loved, anyway.” Mother Teresa

“What you spend years building may be destroyed overnight; build it anyway.” Mother Teresa

“Words which do not give the light of Christ increase the darkness.” Mother Teresa

“I alone cannot change the world, but I can cast a stone across the waters to create many ripples.” Mother Teresa

“I am not sure exactly what heaven will be like, but I know that when we die and it comes time for God to judge us, he will not ask, ‘How many good things have you done in your life?’ rather he will ask, ‘How much love did you put into what you did?” Mother Teresa

“We have not come into the world to be numbered; we have been created for a purpose; for great things: to love and be loved.” Mother Teresa

“God loves me. I’m not here just to fill a place, just to be a number. He has chosen me for a purpose. I know it.” Mother Teresa

“Yesterday is gone. Tomorrow has not yet come. We have only today. Let us begin.” Mother Teresa 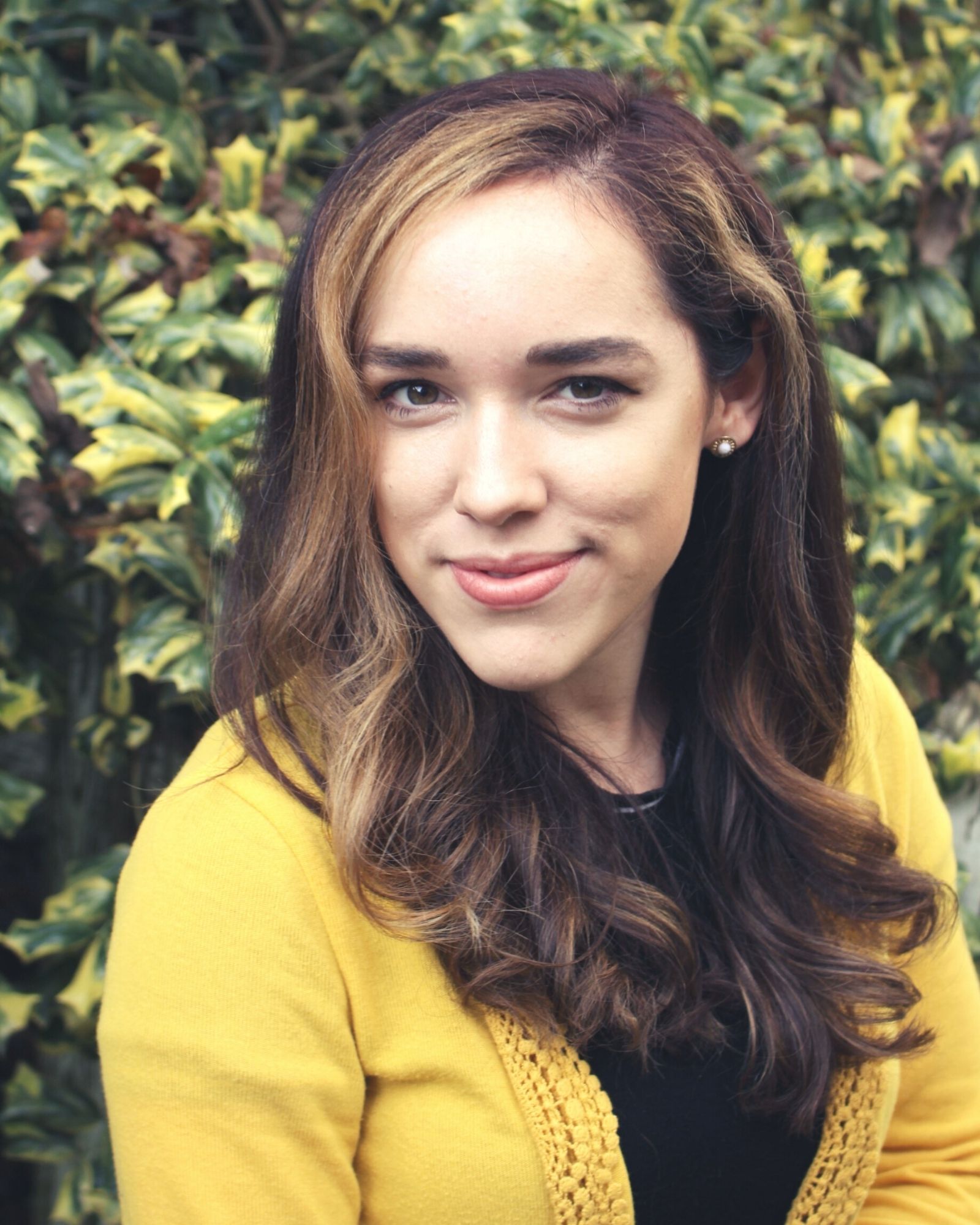 Tessa Emily Hall is an award-winning author who wrote her debut novel when she was sixteen. She is now a multi-published author of both fiction and non-fiction inspirational yet authentic books for teens, including her latest release, LOVE YOUR SELFIE (October 2020, Ellie Claire). Tessa's passion for shedding light on clean entertainment and media for teens led her to a career as a Literary Agent at Cyle Young Literary Elite, YA Acquisitions Editor for Illuminate YA (LPC Imprint), and Founder/Editor of PursueMagazine.net. She is guilty of making way too many lattes and never finishing her to-read list. When her fingers aren’t flying 128 WPM across the keyboard, she can be found speaking to teens, teaching at writing conferences, and acting in Christian films. Her favorite way to procrastinate is to connect with readers is on her mailing list, social media (@tessaemilyhall), and website: www.tessaemilyhall.com.

This content first appeared on Crosswalk.com and is used here with permission. To view the original visit: https://www.crosswalk.com/faith/spiritual-life/beautiful-mother-teresa-quotes.html

It's probably not possible to fully count all the spiritual seeds that God used to draw you to Him.