We had an itinerary, my Jewish friend Miriam Feinberg Vamosh and I. In 2007, as I traveled the Land of the Bible with Miriam to do research for our book Reflections of God’s Holy Land, A Personal Journey Through Israel (Thomas Nelson, 2008), we managed to stick to that itinerary. Unless we decided to deviate.

Such was the day we ambled into the Garden of Gethsemane, a well-maintained garden of ancient, gnarled olive trees with tiny leaves that shimmer in the rays of the sun and the gentle whisper of a breeze. Nearby, visitors entered and exited the Church of All Nations, a church built on a section of bedrock where Jesus prayed on the night of His betrayal (Mark 14:32-42).

I took photos here and there of the trees and the paths that crossed between them. Then a man recognized Miriam and asked, “Would you like to go into the private garden?” Miriam answered with a question, “Do you have the key?”

Within a moment, we were being quietly escorted into a garden across the street. Without much fanfare, the man unlocked the gate, we entered, and then the man shut the gate behind us. We were alone in an enclosed area that looked much like the one across the way . . . only this one had a small cave-like structure and, within that structure . . . bones.

A Valley of Dry Bones

Stacks upon stacks of human bones . . . whitened by time. Dry. Brittle. They’d been here a while. I asked Miriam about them, and she offered one possibility, although we never really confirmed her supposition.

But these bones reminded me of the verses within the book of Ezekiel, which contains forty-eight chapters of some of the most descriptive and sweeping passages of judgment and hope found within the text of the Bible. Woven like a tapestry are visions of God’s wrath and His glory, of His condemnation and His salvation. And why? Because God’s chosen people had turned their back on Him and His ways. They’d fallen into corruption, even within the Temple. Their worship was tainted, their lives colored by the hues of disobedience and paganism. God announced His decision: to clean the place up, He would allow Jerusalem and the Temple to be destroyed. Enter the Babylonians.

The people, now in captivity to King Nebuchadnezzar, believed all was lost. What could they do now but try to fit in? They were, in their own eyes, dead as a people. They’d turned their back on God, He’d turned His back on them (actually, He had turned away from their sin but never on them), and there could be no going back. Or so they thought.

As Ezekiel’s vision of both condemnation and salvation began by the Kebar River in Babylon and then continued, God carried him away by the Spirit. In the 37th chapter of Ezekiel, the young prophet is shown a valley—a low point—filled with bones (37:1). There were so many bones, they covered the valley floor, and they were scattered and completely dried out (37:2). This scene, which reads much like a Stephen King novel, depicted the former citizens of Judah who’d been taken into captivity by Babylon, their bones withered by hopelessness. They were not lying there as complete skeletons. Instead, they were tossed all over the place. What good could ever come of such a scene? What hope could there be for the people who had paid such a price, one that felt once and for all, for their disobedience? 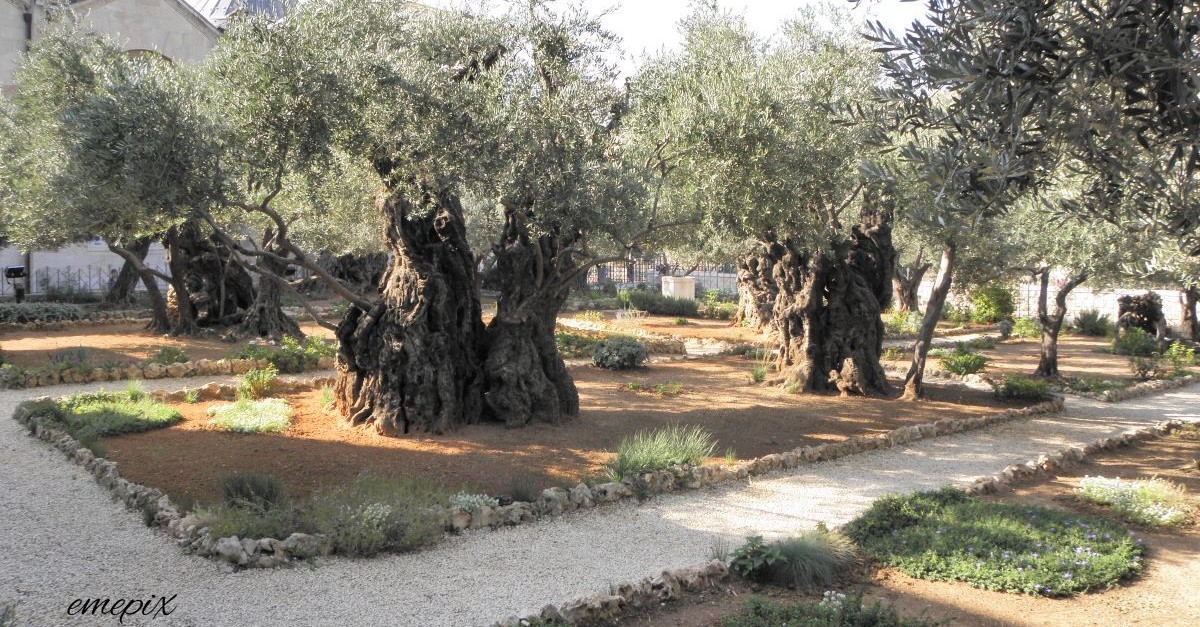 The Question: Can These Bones Live?

With Ezekiel standing smack-dab in the middle of death and destruction, God asks a pivotal question: Son of man, can these bones live (37:3a)?

God is specific. He is not asking if any dead bones can live again. He is asking if these can live again. These that have been there for so long they’ve been bleached out by the elements and scattered and tossed by time or by wild animals.

Ezekiel knew better than to answer with a yes or no, or so it seems. Sovereign Lord, Ezekiel answered, you alone know (37:3c).

From the outside looking in—much as I had peered into the cave tucked into the private garden on the Mount of Olives—the answer should have been a resounding “no.” I would not have expected the bones to suddenly shift and shimmy until the knee bones were connected to the thigh bones and so forth. I would not have expected the skulls to form faces and the skeletons, once reunited, to then form muscles and organs and skin. I would not expect those bones, stacked one upon the other, to stand up and form an army.

But Ezekiel was aware that God could do whatever God wanted. And this is what God told the prophet. First the bones came back together, and the flesh formed, but there was no life. But life would come again. Restoration would occur . . . after breath came into them.

Then he said to me, “Prophesy to the breath; prophesy, son of man, and say to it, ‘This is what the Sovereign Lord says: Come, breath, from the four winds and breathe into these slain, that they may live.’” So I prophesied as he commanded me, and breath entered them; they came to life and stood up on their feet—a vast army (Ezekiel 37:9, 10).

In the Old Testament Hebrew, the word for breath is rûah, which means breath . . . and wind . . . and Spirit. Many years after this scene of carnage and life and rattling bones and living skeletons, as Jesus explained the way of salvation to Nicodemus, He used this play on words, a twist (if you will) He thought Nicodemus would understand.

Very truly I tell you, no one can enter the kingdom of God unless they are born of water and the Spirit. Flesh gives birth to flesh, but the Spirit gives birth to spirit. You should not be surprised at my saying, ‘You must be born again.’ The wind blows wherever it pleases. You hear its sound, but you cannot tell where it comes from or where it is going. So it is with everyone born of the Spirit” (John 3:5-8, emphasis mine).

The hope then lies within the Spirit. These dry bones of mine can do nothing on their own accord any more than the dry bones in the private garden could stand up and dance between the olive trees. But by the power of the Spirit, all things become possible.

What Would it Take to Bring Us Back Today?

I recently spent a great deal of time (an unordinary amount of time for me) lying on the sofa watching television and napping (thanks to COVID). Let me be candid; after only a few hours, I fell into despair. Commercials advertising sin and godlessness seems to be the norm now (I remember when commercials were middle-aged ladies advertising dishwashing liquid and the like). We promote the things that should be kept private and keep private the things that should be touted. Even the commercials advertising upcoming shows and films inundate us with things of ungodly natures.

I felt like Ezekiel standing (or lying) in a valley, surrounded by dry bones. And I wondered what it would take to bring us back from Babylon. Or, I wondered, have we decided to just try to fit in? Wouldn’t it be easier to lie there, baking in the sun, than to stand up like an army ready to march into battle?

The answer for me and for you, today is the same as it was for the exiles from Jerusalem: we need God’s Holy Spirit to breathe on us. We need Him to blow through the valley until all the bones come together again and then blow again until the muscles and organs and flesh form and blow once more until we stand as an army, strong and ready for the war Satan is raging against humanity.

So, if I ask this question—Can the scattered, dry bones of my life live after sin has separated me from God?—I determine that the answer is a resounding yes!

“Therefore,” Paul wrote in his letter to the Corinthian church, “if anyone is in Christ, he is a new creation; the old has gone, the new has come!” (2 Corinthians 5:17).

It is the Spirit of Christ who blows through us and in us so as to bring us back to where we need to be—whether we are new to faith, or we’ve been walking the paths between the olive trees for many years. We will all sin. We will all fall short. But God never fails us. Just as He restored Israel, He restores us. He brings us back to life again so that we may form a mighty army.

And perhaps when complacency has given way to conviction, we will stop living in Babylon and return to worship and to live in the manner God intended all along. In holiness. Purity. Confidence in Truth.

In what ways have your bones become dry and scattered? In what ways have you conformed to the world that seems to have taken us captive? Is it easier for you to lie within the valley, or are you ready to watch them come together again? Then pray, “Breathe, Spirit, breathe.” Amen. 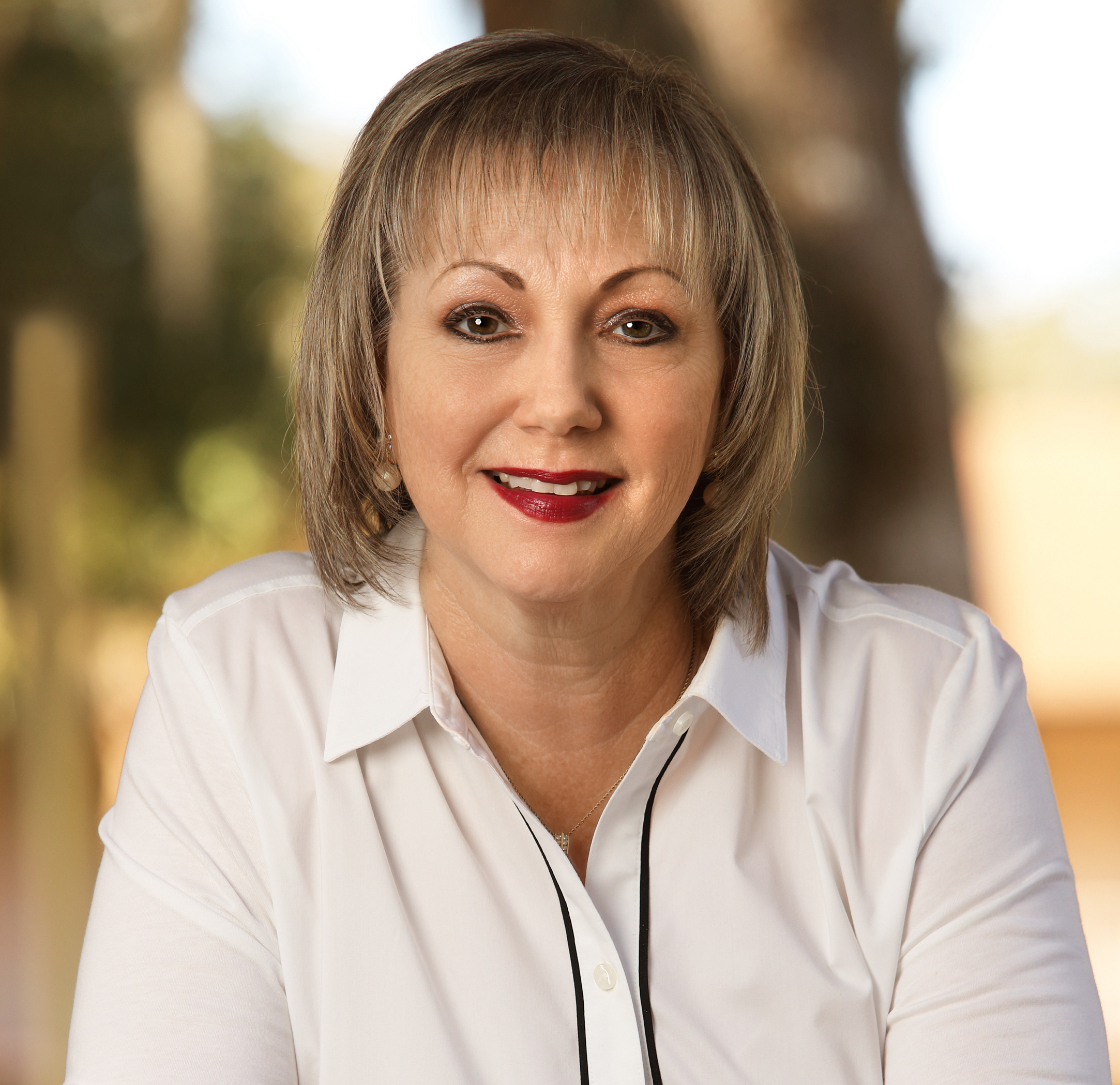 Eva Marie Everson is the multiple award-winning author of both fiction and nonfiction titles. She is the president of Word Weavers International and the director of the Florida Christian Writers Conference. She has served as a mentor for the Jerry B. Jenkins Christian Writers Guild and an adjunct professor at Taylor University. She is a graduate of Andersonville Theological Seminary and The Tzemach Institute where her passion for The Word of God and how the Testaments connect was deepened. She and her husband make their home in Central Florida where they enjoy their children and grandchildren. They are owned by a very spoiled cat. To connect with Eva Marie, go to EvaMarieEversonAuthor.com.

This content first appeared on Crosswalk.com and is used here with permission. To view the original visit: https://www.crosswalk.com/faith/bible-study/can-my-dry-bones-live.html